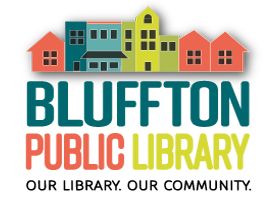 Our library. Our community.

Bluffton Public Library, located in the northeast corner of Allen County, Ohio, serves the population of the Bluffton Exempted Village School District. This includes the villages of Bluffton, Ohio and Beaverdam, Ohio, which are part of Richland Township. Our seven-member Board of Trustees is appointed by the school board to serve seven year terms.

Bluffton Public Library began with the construction of a space added to the Bluffton High School building in 1933. The library was planned to meet the needs of not only the school, but also the community. The library contained a circulation area, magazine alcove, stacks, and reading room. Students from the adjacent study hall had free access to the Reading Room under the supervision of the librarian; while at the same time, the general public had access to the library through a separate entrance. 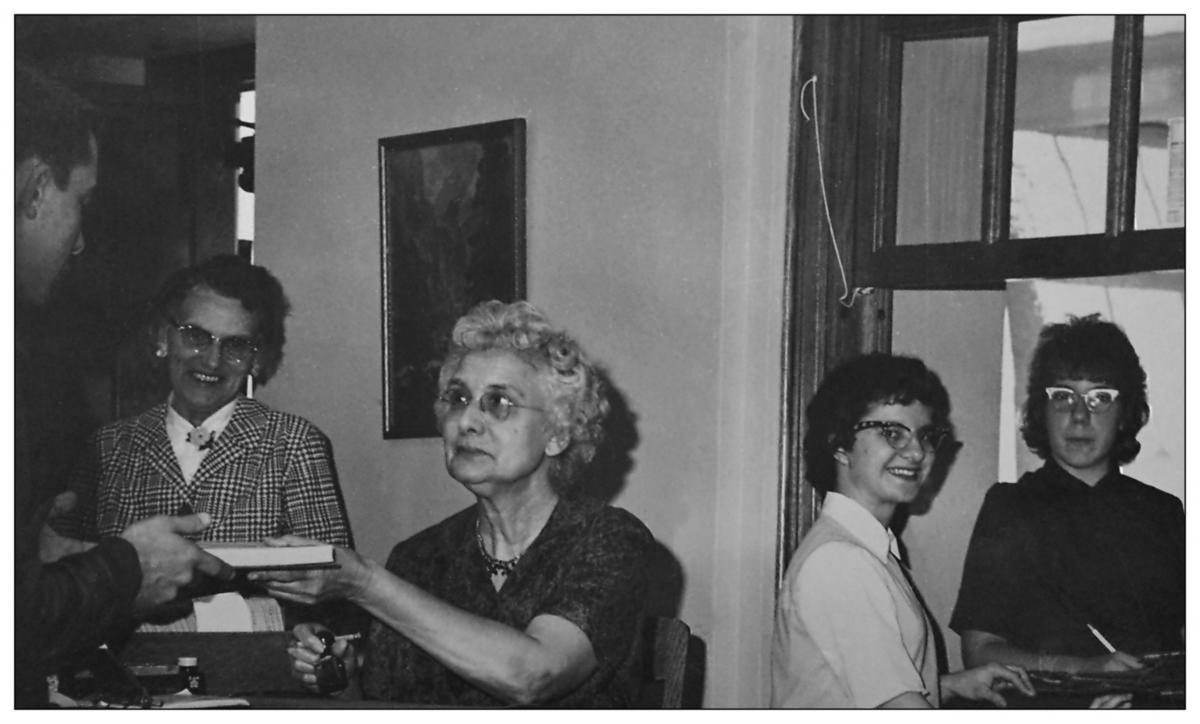 The Board of Trustees of Bluffton Public Library were organized in May of 1935. In October of 1935, Miss Ocie Anderson was hired as librarian, a position she retained until her retirement in 1965. Over the years, the library became increasingly crowded, and the public did not feel comfortable being in the library during the school hours. At two different times, an additional classroom was added to the library to be used for a children's area, and taken away only a few years later.

In 1985, the library received a Federal grant that provided 48% of the cost of constructing a new, separate facility across the street from the high school. A community fund-raising campaign brought in the necessary matching funds. The building, completed in October of 1986, contained a large, open space designed for public library purposes, and a lower level meeting room which could be used for both Library and community programs. 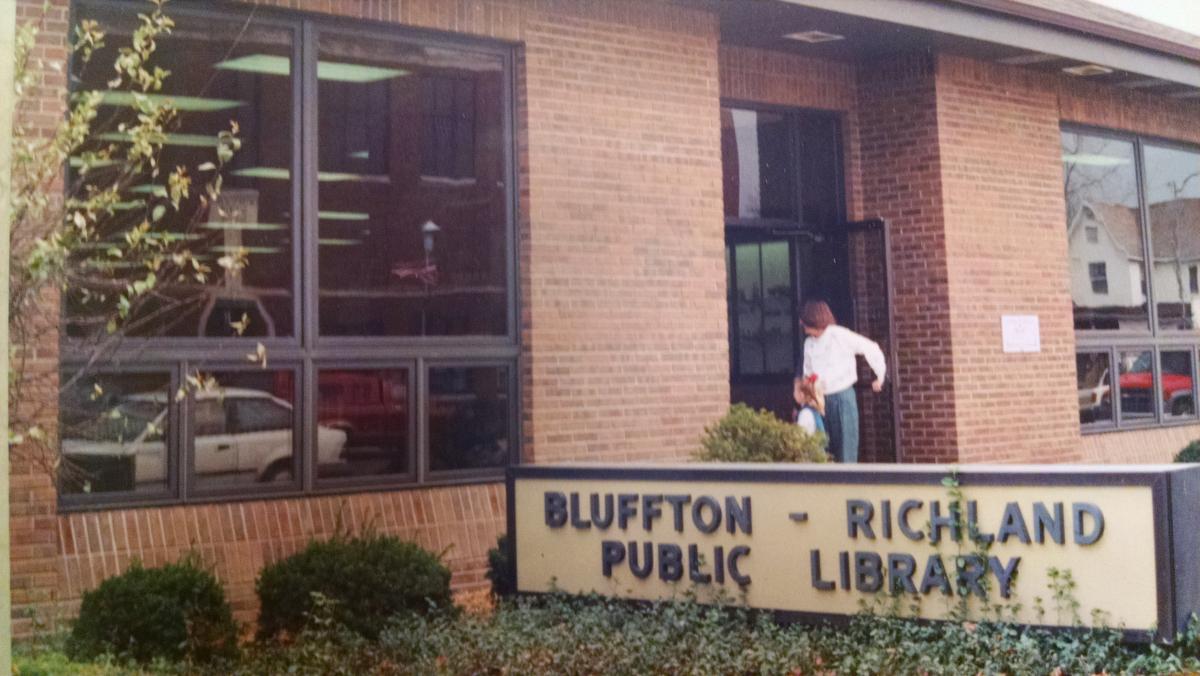 In 1994, the library went on-line with the SIRSI Unicorn Automated Library System
which was purchased with donations raised by the newly formed Bluffton Library Foundation.

Then, in 2005, an addition was constructed onto the library, making it the size it is today. 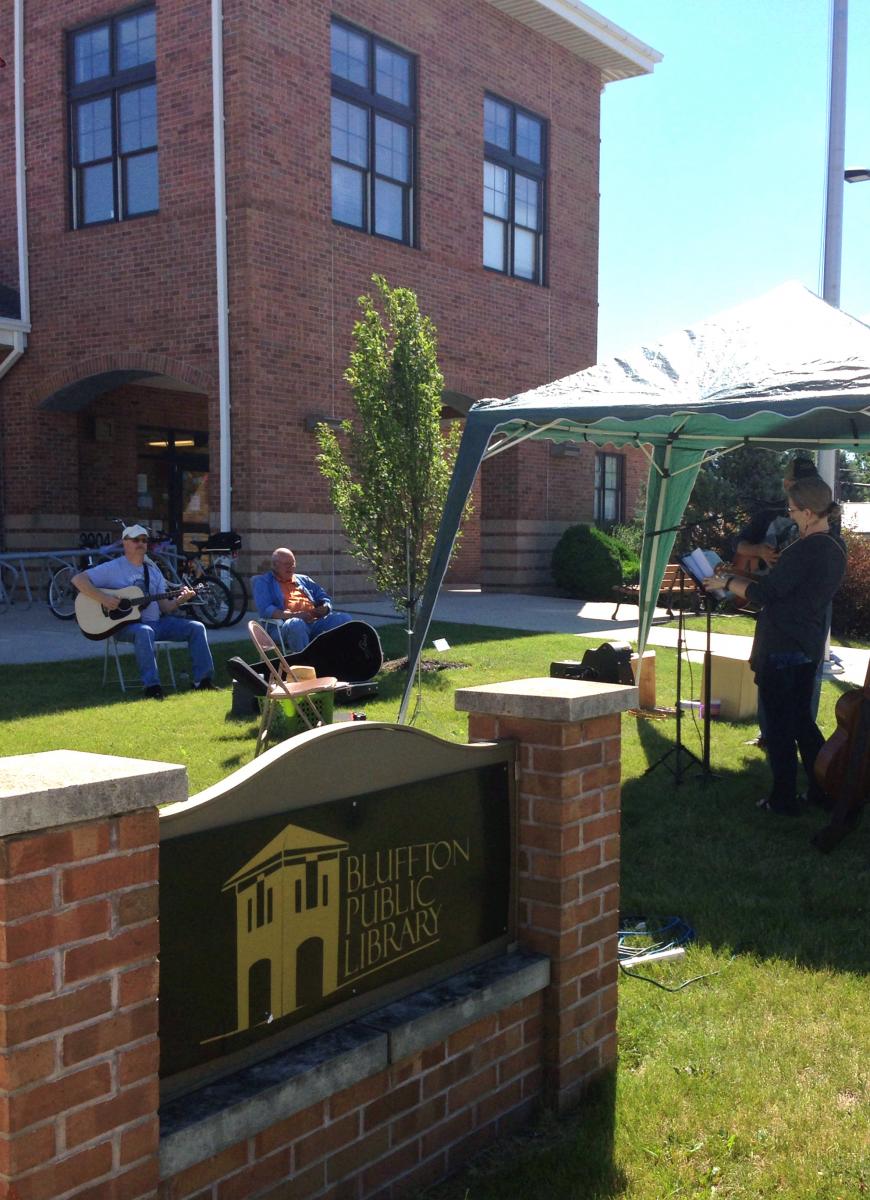 Bluffton Public Library receives its operating income from a share of the Ohio Income Tax as provided for by the Library and Local Government Support Fund. We are also funded through a ten-year levy that was renewed in 2016. 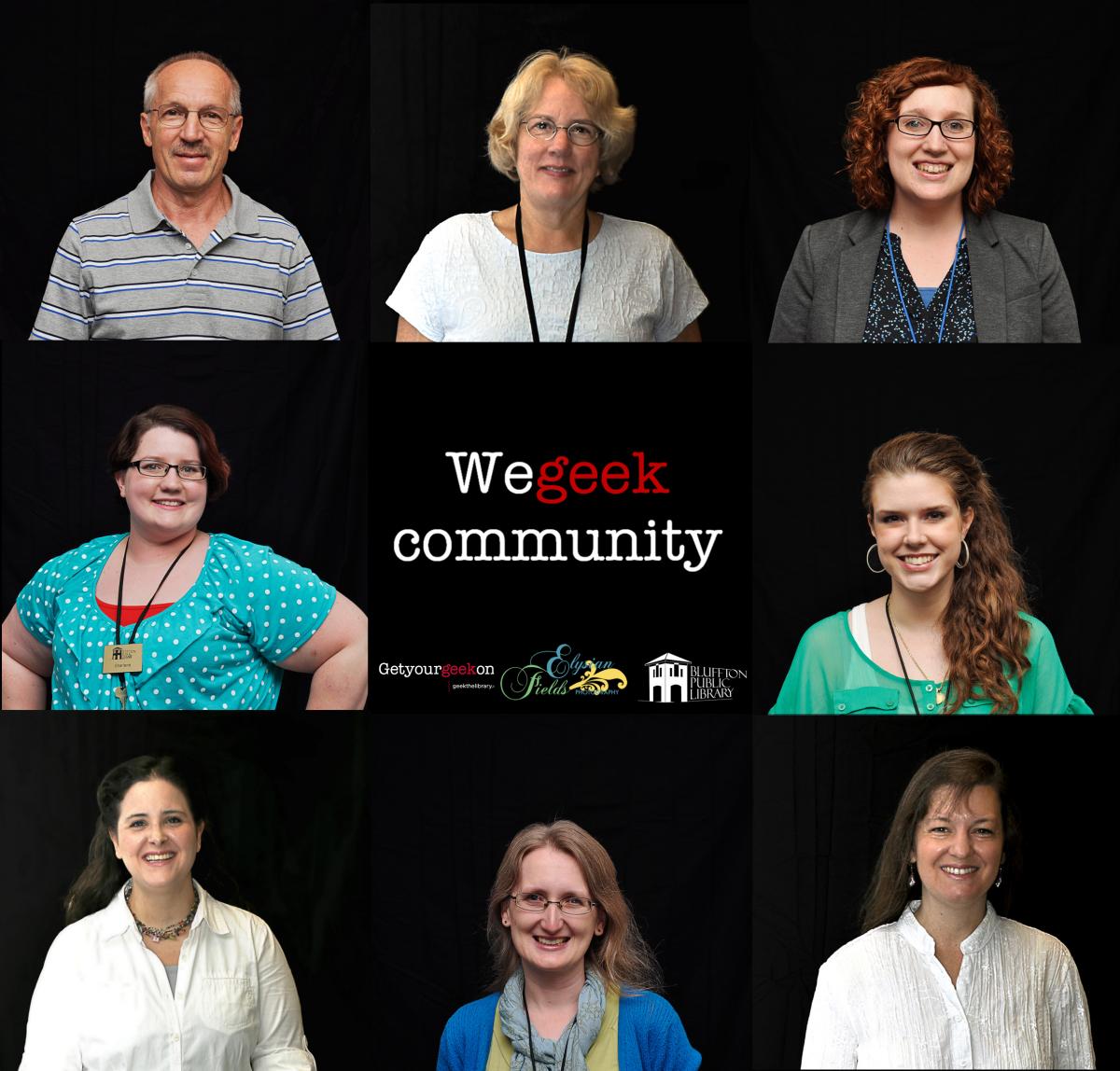 Bequests, endowments and memorial gifts are welcomed by your Library. All donations to support the Library are tax-deductible through the Bluffton Library Foundation which assists the Library in special projects in addition to what can be provided through the Library's budget.

The Bluffton Library Foundation was established in 1994 to enable individuals, businesses and corporations to make tax deductible gifts to the library. The Foundation is classified as a not-for-profit charitable organization under Section 501(c)3 of the Internal Revenue Code.

The Foundation was designed to raise funds exclusively to assist the Bluffton Public Library in meeting its mission of providing educational, cultural and recreational information to Bluffton and the surrounding community.

In 1994, the Foundation funded the purchase of an automated circulation system and catalog for the Library.

Friends of the Bluffton Library

The Friends of the Bluffton Public Library is an organization which supports the Library through various activities which include: 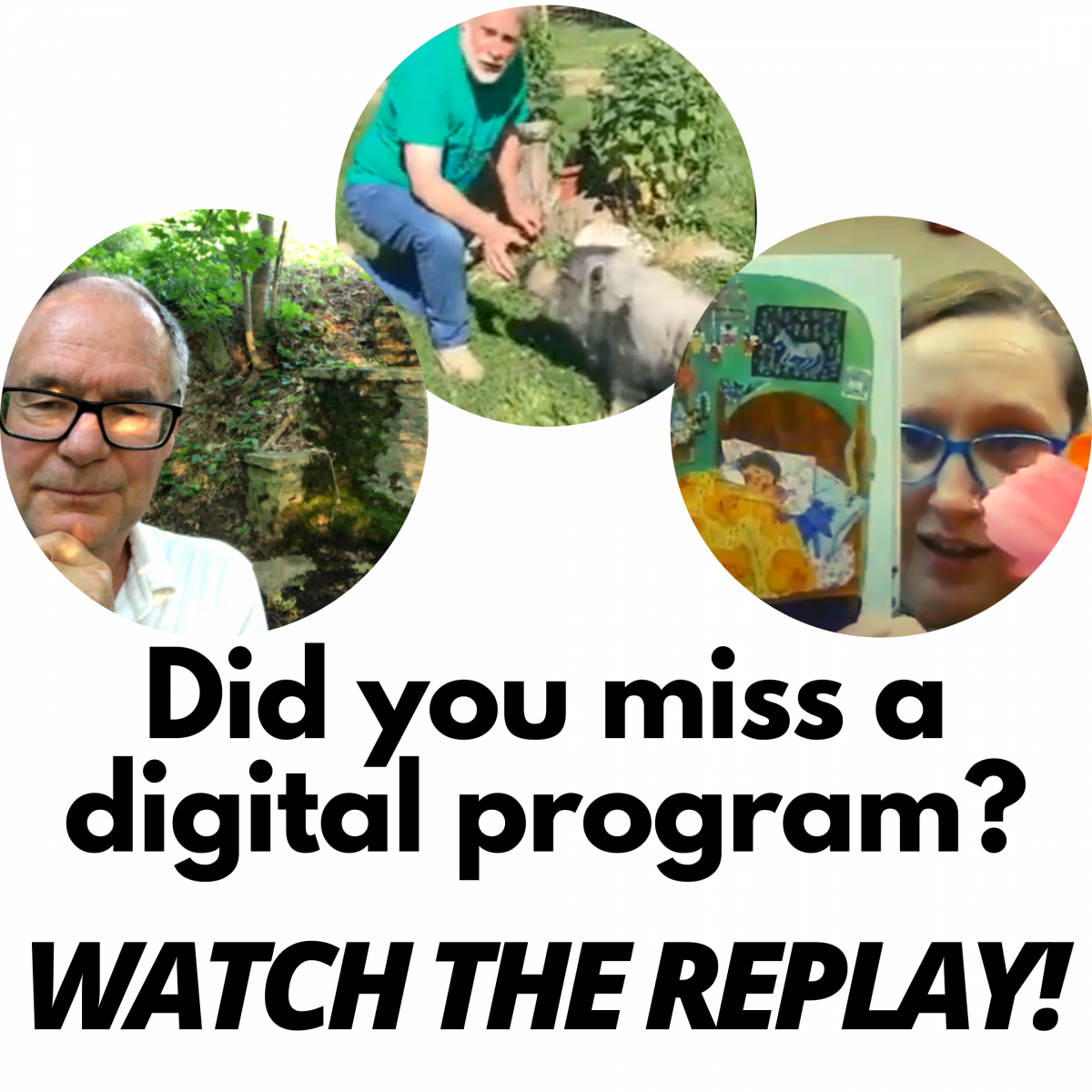 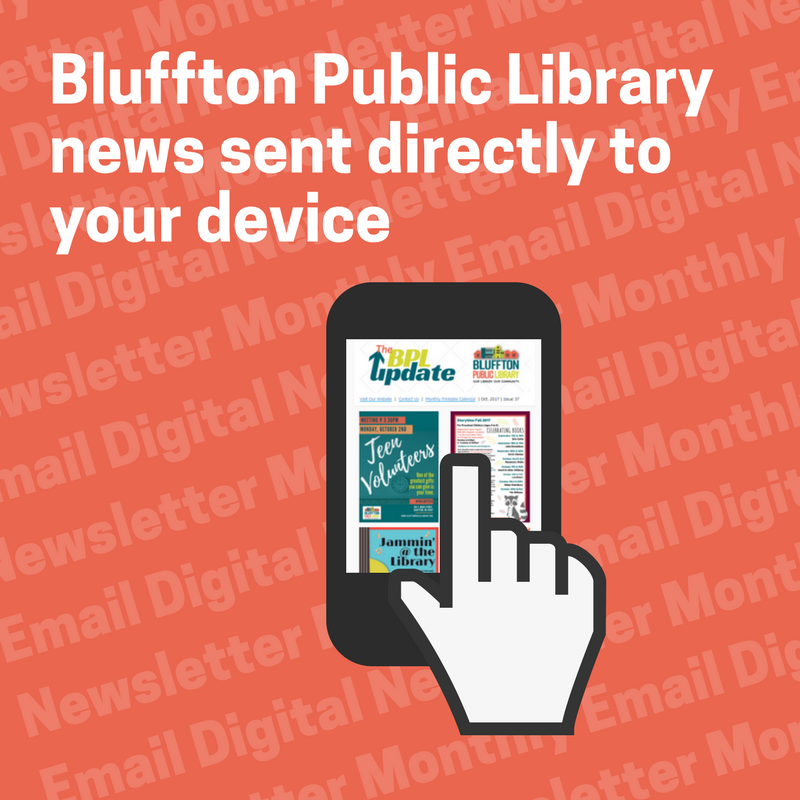